Le Magritte Bar belongs to the great tradition of American Bars, legendary in London and Paris during the 1920s. Specialising in bourbons, American whiskies and classic cocktails, all drinks are strictly shaken and stirred. Live Jazz on Thursday, Friday and Saturday evenings. 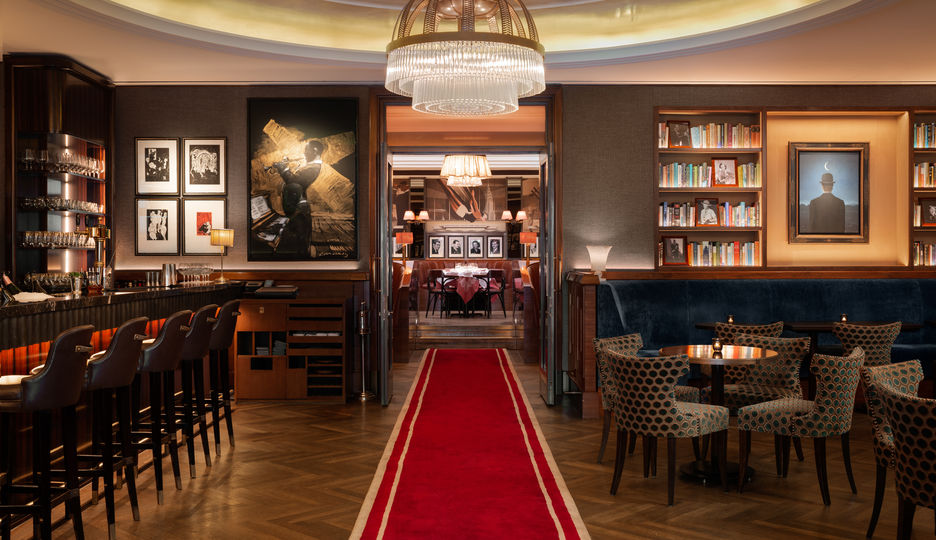 All-day cocktails, drinks and bar meals; The Magritte Bar belongs to the great tradition of American bars that became legendary in London and Paris during the 1920s. Ernest Hemingway and F Scott Fitzgerald would have felt at home in its handsome walnut-panelled, book-lined interior, hung with an eclectic collection of early 20th century paintings, and rare ‘Charlot’ Charlie Chaplin posters, all influenced by the vibrant Parisian art scene of the time. Jazz, another American import after the First World War and the soundtrack to which the artistic quartiers hummed, is played live on Thursday, Friday and Saturday evenings. The Bar specialises in bourbons, American whiskies and classic cocktails, which are strictly shaken or stirred.