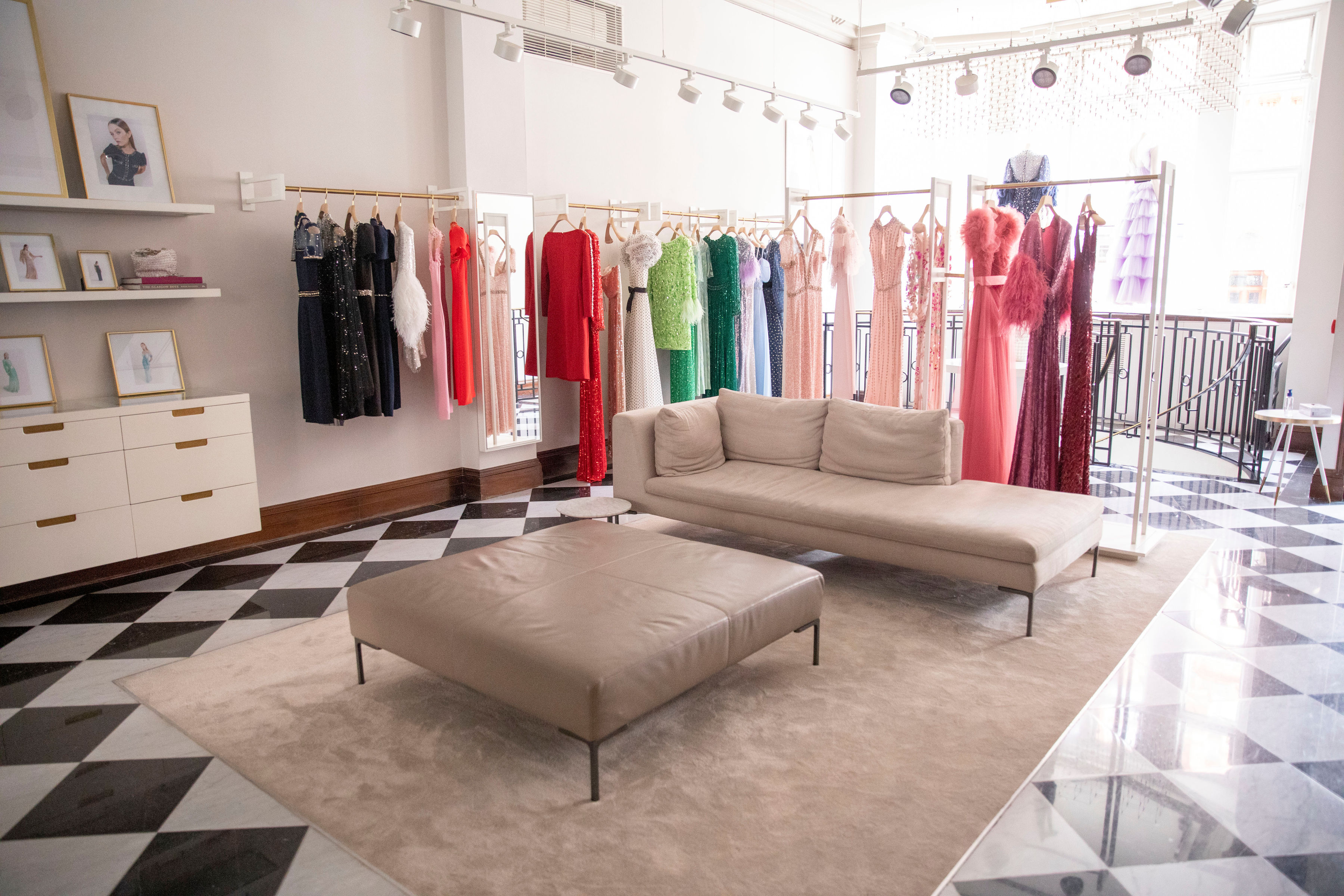 Jenny Packham trained at Central Saint Martins, graduating in 1987 with a first-class honours degree and went onto launch the brand with Mathew Anderson, CEO of the company.

“When we started the brand, we wanted to create something niche and to excel at it – these values remain integral to our designs today. I have always aspired to create beautiful pieces that make women feel elegant and confident – that is my greatest challenge and inspiration,” said Jenny Packham.

One of the UK’s most successful and independent fashion brands with global recognition, Jenny Packham has become the design house of choice when it comes to social dressing. Red carpets the world over are graced with Packham’s designs worn by the most iconic and influential women of our generation including Taylor Swift, Uma Thurman, Angelina Jolie, Emily Blunt, Kate Winslet, Dita Von Teese, Kate Hudson, Oscar winner Adele Adkins and The Duchess of Cambridge.

The international brand has flagship stores and showrooms in London, Paris, Seoul and Bejing. In 2006, the fashion house launched its London bridal flagship in the heart of Belgravia on Elizabeth Street, followed by the opening of the brand’s London flagship eveningwear store on Mount Street, Mayfair in 2008. The brand’s portfolio continued to grow with the launch of our accessories boudoir in the same year. Now the bridal boutique is housed within the London Flagship on Mount Street, a street which has become a destination for international luxury fashion.

In 2009, the Paris flagship opened, just off the Rue Faubourg St Honoré and the brand has continued to grow Internationally with our most recent expansions – the opening of our first in store boutique in 2015, in Seoul, Korea, followed by the latest launches; the Jenny Packham Apartment in Paris and the brand’s first Chinese mainland Flagship in Beijing.

The collections are available at the world’s most discerning stores: Harrods, Selfridges, Neiman Marcus, Net-A-Porter and Bergdorf Goodman and Saks Fifth Avenue.

Bridal – By appointment only
Email: bride@jennypackham.com