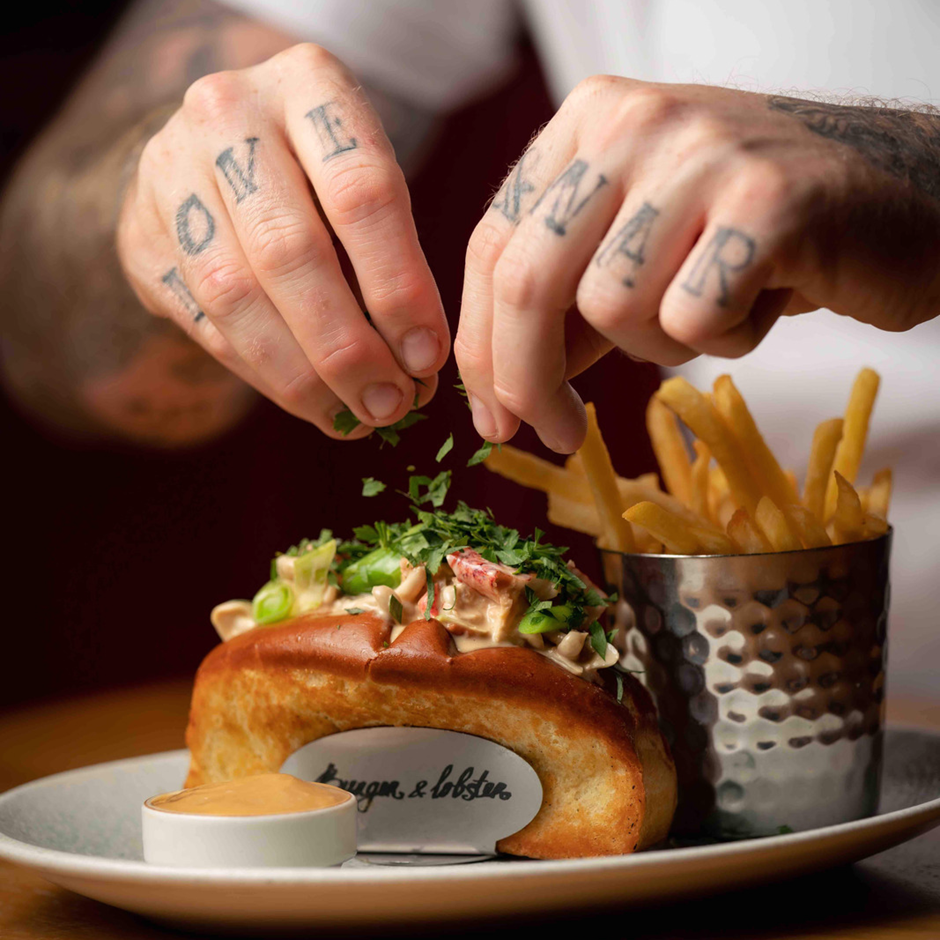 Burger & Lobster has teamed up with one of the UK’s finest chefs, Tom Brown – Chef Patron of the Michelin-starred Cornerstone in Hackney – to bring two limited-edition dishes to its menu until 14 November. 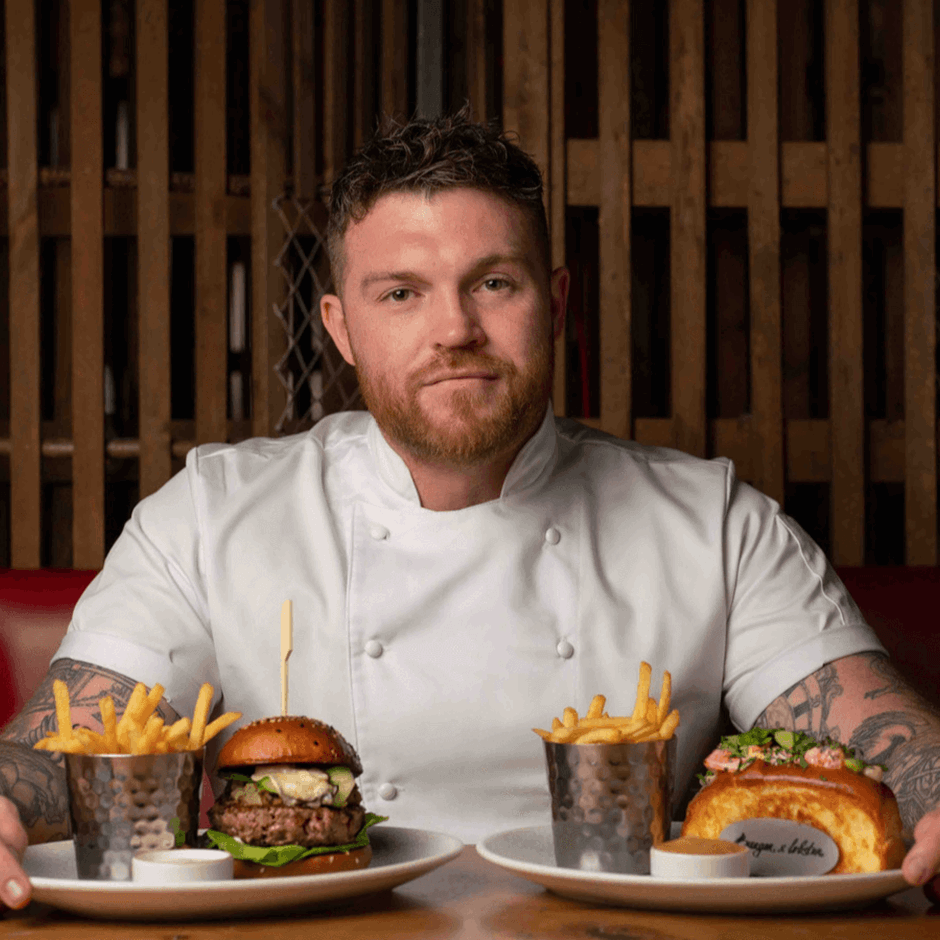 Famed for his love of seafood, it’s no surprise to see Tom’s signature pickled oysters make an appearance in the impressive Beef & Oyster Burger. Shining a light on produce-driven cooking and originality, the creamy morsels of salt-laced-heaven take prime position on top of Burger & Lobster’s premium Angus beef patty. All layered on a soft brioche bun, and garnished with a zesty seaweed hot sauce, oyster mayonnaise, cucumber, and sprigs of dill. A must-try burger bursting with rich umami flavours and served alongside signature crispy, golden fries.

The restaurant’s iconic Lobster Roll has also been given a touch of Michelin-star magic via the ultimate surf and turf creation. Dive tastebuds first into the Roast Chicken Lobster Roll that matches succulent wild-caught lobster with a deeply satisfying roast chicken mayonnaise. Pickled shimeji mushrooms and chopped chervil provide a touch of acidity that perfectly cuts the richness. All are loaded into a pillowy brioche roll, topped with finely sliced blanched leeks and accompanied by crisp fries on the side.