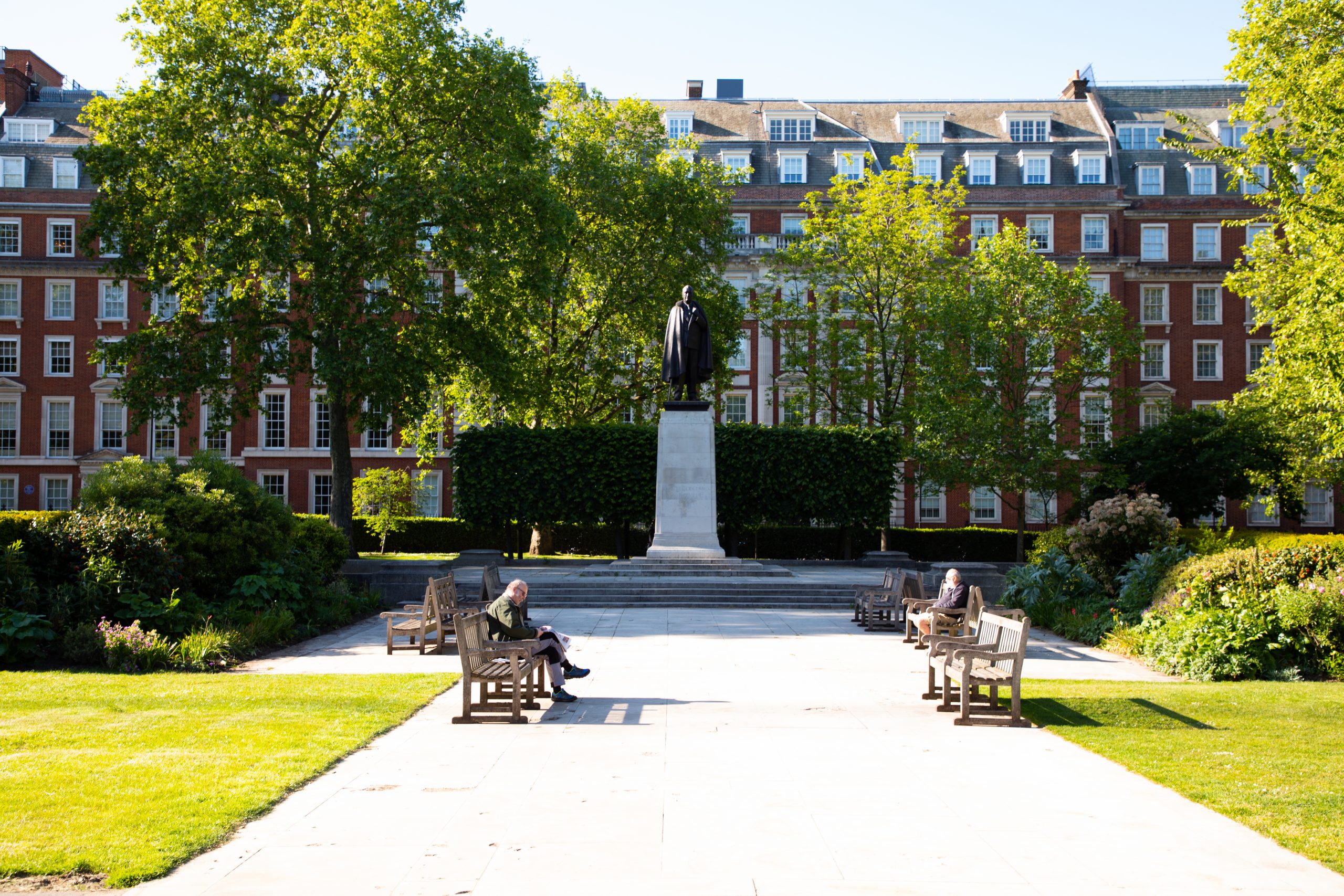 The second largest garden square in London, Grosvenor Square is a leafy oasis in the heart of Mayfair. Its rich history dates back to 1726, when it was designed by gardener John Alston as a celebration of the countryside in the city; today, this tree-lined 2.5 hectare square has been updated and modernised to enhance its contribution to the environment and the local community, whilst maintaining its importance as a cultural and historic reference point in central London. Frequently mentioned in the works of former resident Oscar Wilde, the square was also once home to the American embassy, and visitors today can view the statues of Presidents Roosevelt, Reagan and Eisenhower, alongside the 11th September memorial gardens.

Once described as Mayfair’s ‘fullest flight of Edwardian Baroque’, the raised outdoor space of Brown Hart Gardens is one of the area’s hidden charms. Recently improved as part of a wider regeneration, this tucked away second-floor garden was built in 1906 above the Duke Street electricity substation, which was covered with a beautiful roof and domed gazebo by architect Sir Stanley Peach. More recently, a new water feature designed by Andrew Ewing is situated in one of the original stone seats, whilst trees and flowers line the perimeter in cleverly crafted planters that double as both deck lighting and power units, so the space is always beautifully lit, even after dark.