This pretty art-packed pub is now open in iconic Mayfair, while the first-floor Mount St. Restaurant will open on 12 October. 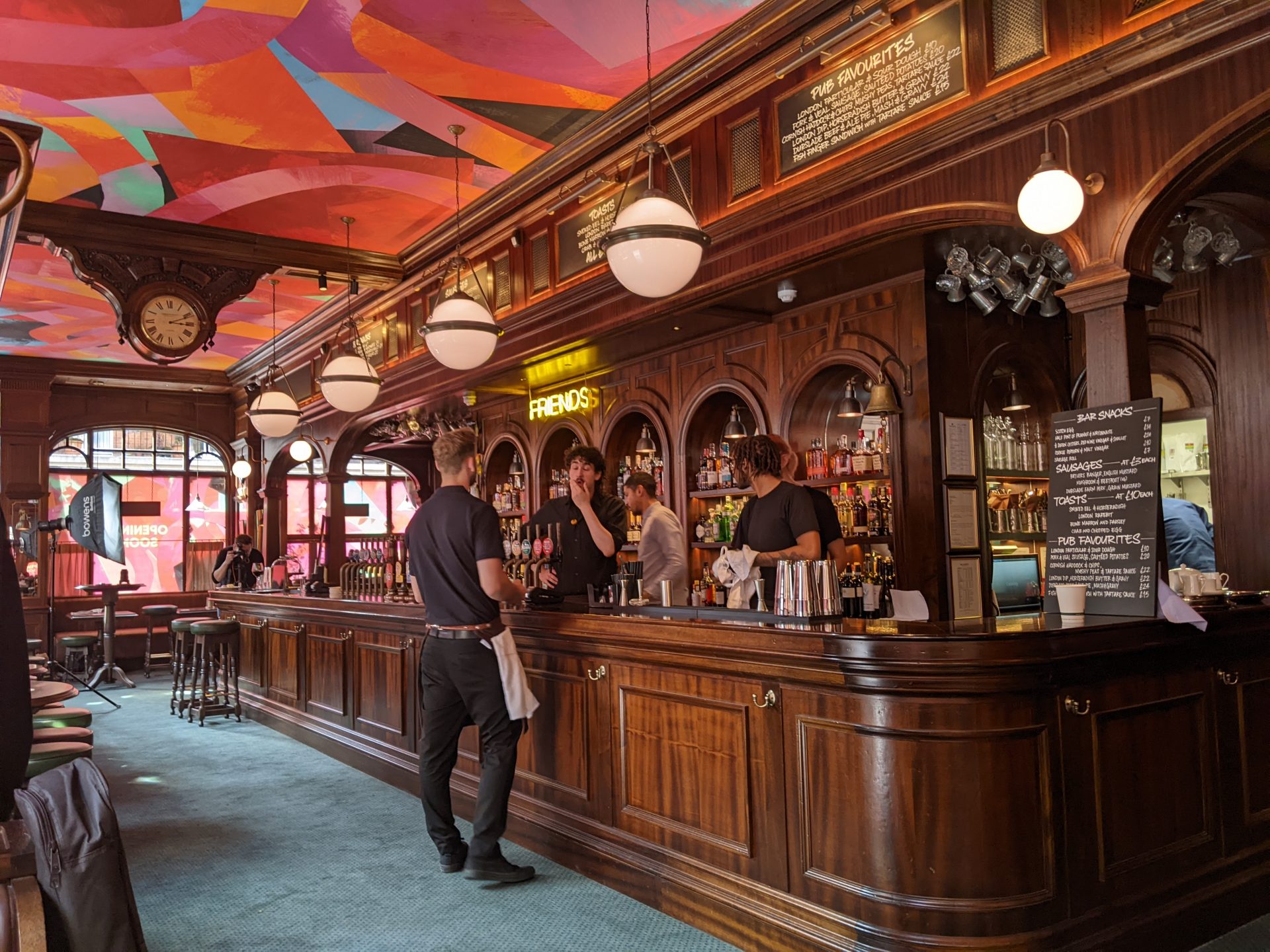 The Audley Pub has opened on the corner of Mount Street and South Audley Street in Mayfair following a major revamp that sees “art at its heart”.

The iconic Victorian building was given a dramatic makeover by boutique hospitality group Artfarm, whose portfolio includes The Fife Arms in Braemar, Scotland, and the Roth Bar and Grill in Somerset.

The pub is now open, while the restaurant and private rooms will open on 12 October.

There has been a pub on this site since 1888, and the venue is retaining its original name ‘The Audley’ which means “old friend” in Anglo Saxon.

The photogenic venue is filled with a rotating roster of artworks, with Phyllida Barlow’s colourful kaleidoscope ceiling installation taking centre stage in the pub. Other artworks include Martin Creed’s neon FRIENDS sign above the bar.

With handsome interiors, the grade II listed building’s historical features have been lovingly preserved, including the pub’s original ceiling clock and the original wooden fireplace.

The pub’s menu features classic bar snacks, including scotch eggs, sausage rolls, and a traditional soup of split peas and ham hock, as well as hearty pub food, including Sunday roasts. On the drinks menu are cocktails and craft beer. 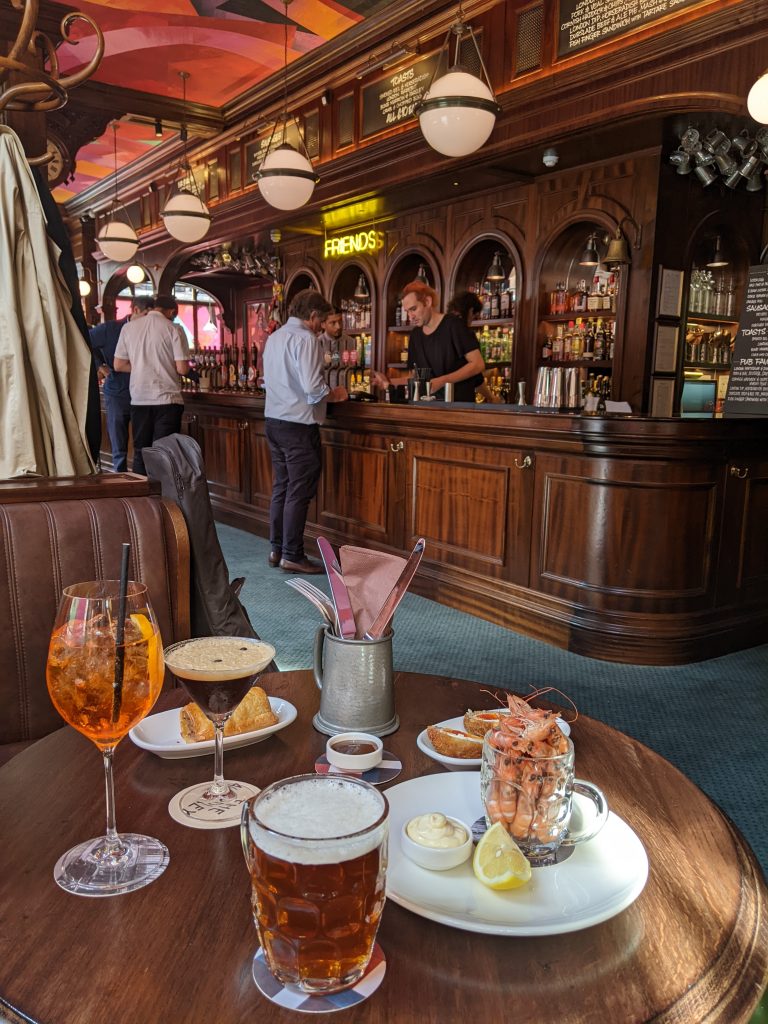 Mount St. Restaurant’s menu is inspired by London’s culinary history with London classics including smoked eel and potato salad, and lobster pie for two. Food is sourced from British farmers, growers and makers.

Artfarm CEO Ewan Venters, said: “Mount St. Restaurant is all about the food, the story of Mayfair – and art. We want people to come away feeling they have experienced something special. But it is not just a restaurant, rather a place that gives back as well as providing pleasure. Art is at its heart, a place to inspire and delight.”