On the hunt for the best seafood in central London? We've got you covered... 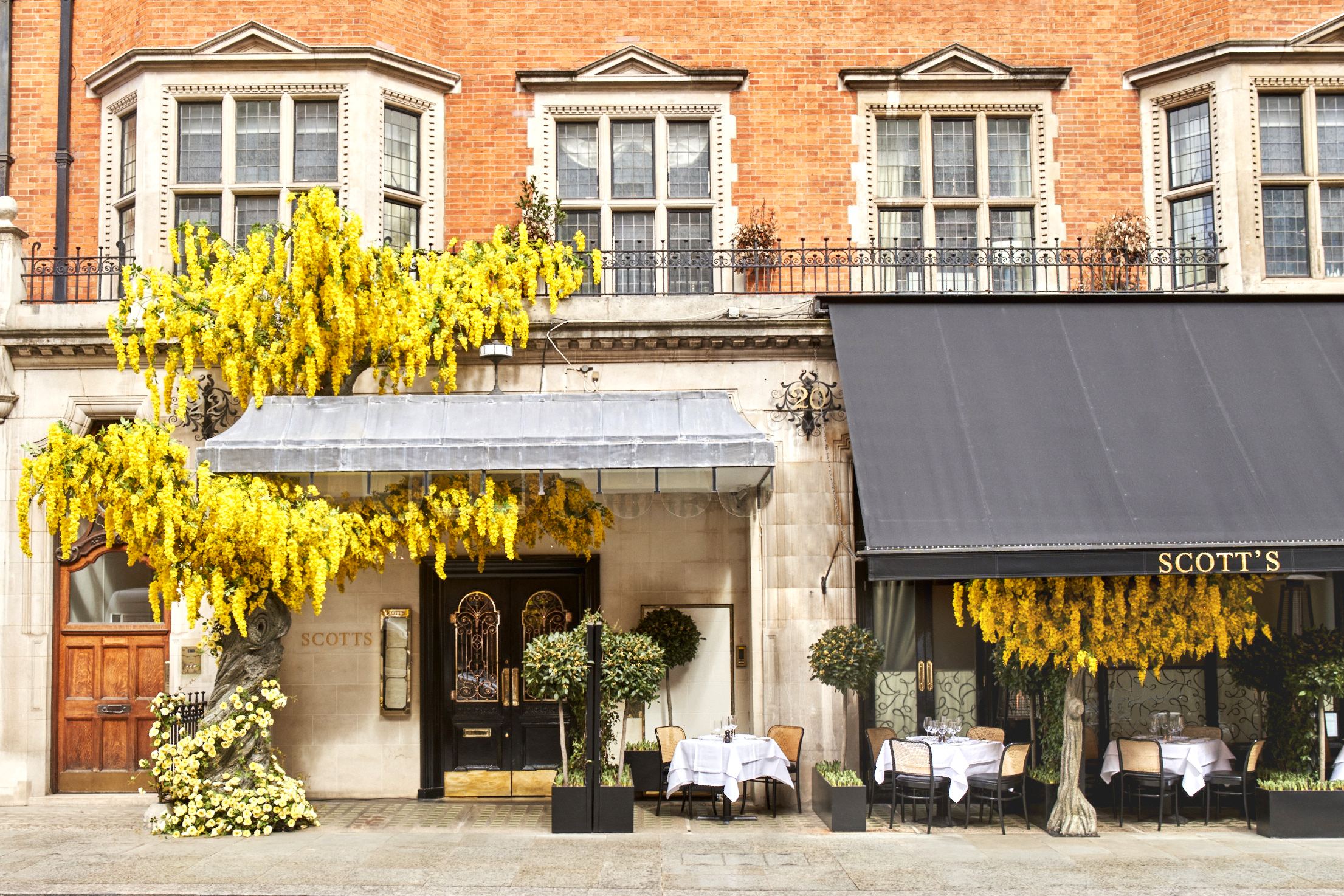 Whether you have a taste for tempura, a craving for sushi and sashimi or an appetite for oysters, we’ve found the best places in Mayfair serving up sensational seafood favourites.

Perhaps one of Mayfair’s most famous restaurants, celebrity favourite Scott’s is a long-standing establishment in the heart of Mount Street. Instantly recognisable in the winter for its outstanding festive displays and highly desired terrace tables (a favourite for people-watching), Scott’s origins lie in its location’s history as an oyster warehouse in the mid-eighteenth century. Established in its current form in 1968, it offers an elegantly crafted menu of the finest traditional fish and shellfish dishes alongside a variety of meat and seasonal game favourites and a considerable range of vegetarian choices. Oysters, served at the elegant Champagne and Oyster Bar, remain a house speciality.

Getting There: Scott’s is an eleven-minute walk from Green Park tube station.

Moments from the hustle and bustle of Oxford Street, Roka is situated in the cool, calm environs of Mayfair’s North Audley Street, and serves up an eclectic offering of Japanese robatayaki cuisine. From sushi and sashimi to tempura, snacks and salads, this contemporary restaurant is perfect for all occasions, from business lunches to romantic date nights. Named to mean ‘a place where food and drinks are shared with friends (ro) and heat, warmth and an all-embracing energy surround (ka),’ the principal cuisine is from the robata grill, which originates from the fishermen of the northern coastal waters off Japan, who would cook the fish on the boats with different charcoals and share the bounty with one another using their oars.

Getting There: Roka Mayfair is a five-minute walk from Bond Street tube station.

Richard Caring’s South Audley Street establishment was opening in 2011 and lies just off Grosvenor Square. Situated at the heart of the kitchen is a bespoke charcoal grill – also known as a parilla – imported from Argentina, cooking carefully sourced fish, meat, and seasonal game. Serving up an offering including grilled dover sole, fillet of John Dory, roast cod, and lobster macaroni cheese, alongside steaks, burgers and a rotisserie menu, there’s something to suit everyone here.

Getting There: No34 Mayfair is a seven-minute walk from Bond Street tube station.

A first-rate British fish and chip shop in the heart of London, The Mayfair Chippy is a stone’s throw from some of the city’s best attractions. A casual affair open for dine-in or takeaway and serves up classics like cod, haddock and scampi, oysters, crab and mussels, all accompanied by quintessential ‘British chip shop’ chips. With vegan and veggie options too, The Mayfair Chippy was awarded an AA Rosette, and also appears in the Michelin Guide.

Getting There: The Mayfair Chippy is a five-minute walk from Bond Street tube station.

The unmissable Sexy Fish is another of Richard Caring’s accolades in the heart of Mayfair; this Asian restaurant is situated on the corner of Berkeley Square and serves up Japanese-inspired sushi, sashimi, seafood, fish and meat cooked on a Robata grill.

Designed by Martin Brudnizki Design Studio and decorated with art by Damien Hirst, Frank Gehry and Michael Roberts, restaurant embodies a sense mid-century glamour and opulence. Want to see something truly special? The Coral Reef Room is the restaurant’s private dining space located on the lower ground floor and housing two of the largest live coral reef tanks in the world.

Getting There: Sexy Fish is a four-minute walk from Green Park tube station.