Enjoy afternoon tea in the heart of London 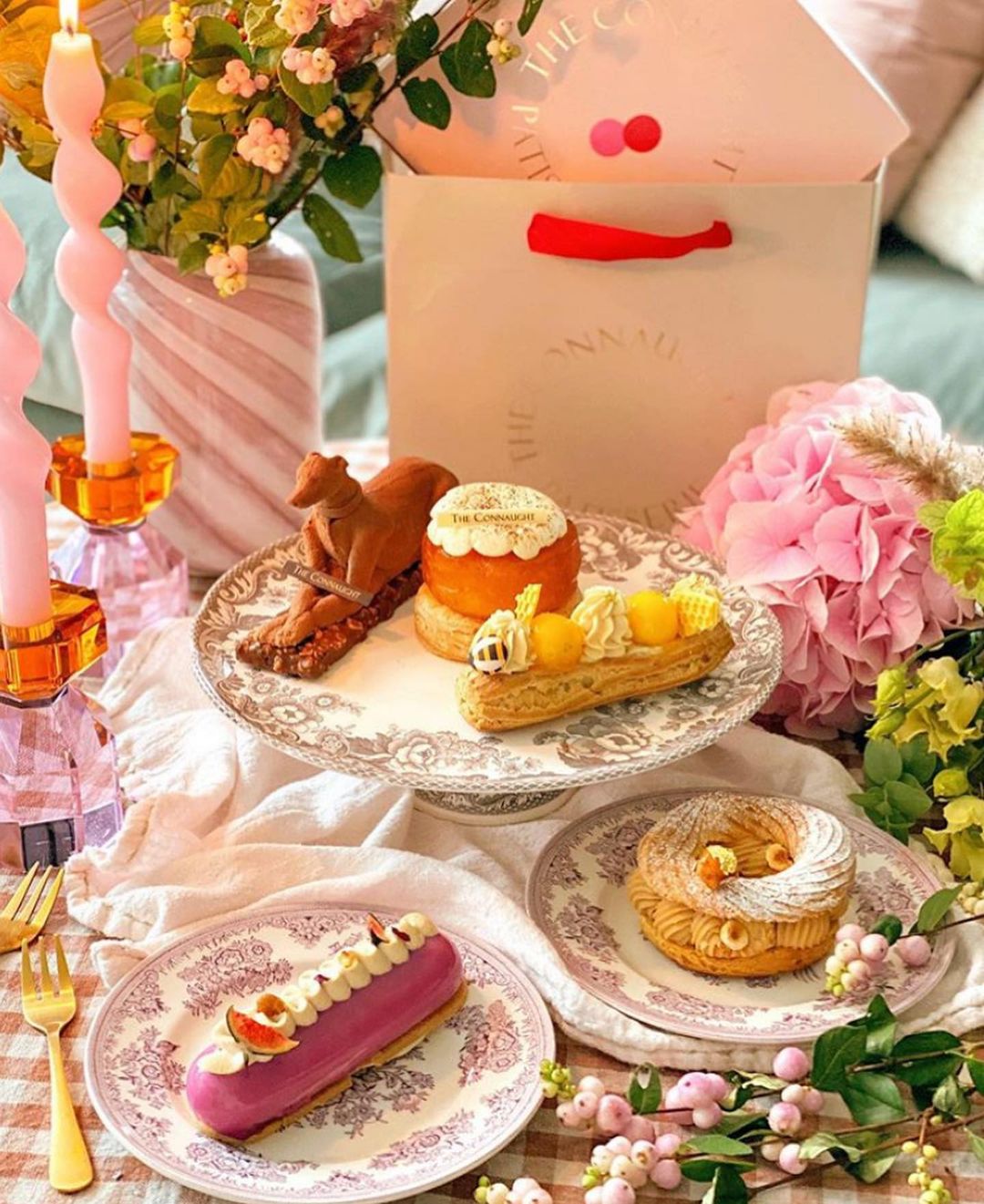 Perhaps one of the most well-known British traditions, there’s nothing quite like an afternoon tea when you visit London. Tales abound as to why it’s a stalwart of our culture – some think it’s because the Duchess of Bedford, a lady in waiting to Queen Victoria,  introduced it to help her make it from her noon lunch through to a late formal dinner.

As everyone got more comfortable with this strange habit, it became a pastime, and soon she was inviting friends to join her in her rooms at Belvoir Castle to feast on small cakes, bread and butter, sandwiches, sweets and tea.

Others say that as a result of the British East India Company, then based in Mayfair, holding a monopoly over the tea industry from the 17th century, tea drinking was encouraged by the British government because of the revenue it gained from taxing said tea.

Whichever story you tell, afternoon tea is simply delightful in Mayfair, so get involved in this rare opportunity to make finger sandwiches, cakes and pastries the star of the show. 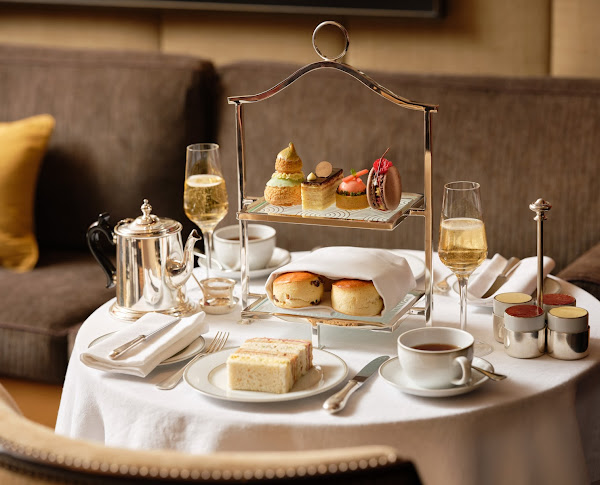 Gatsby’s Room at The Beaumont

Gatsby’s Room is the beating heart of The Beaumont Hotel; a welcoming, relaxing place to gather from early morning until late at night, punctuated by the ritual highlight of afternoon tea. As befits hotel’s transatlantic heritage, afternoon tea is served according to the best of English traditions with a touch of an American accent. Live piano music is played daily throughout afternoon tea and to accompany evening cocktails.

Until 31st August, from Monday to Friday, The Biltmore are offering a complimentary glass of Vintage Gusbourne Rose to all guests enjoying a full English Afternoon Tea.

Getting There: The Beaumont is a three-minute walk from Bond Street tube station.

Steeped in tradition, Pasticceria Marchesi is one of Milan’s oldest and finest pastry shops and the Mayfair outpost is situated on elegant Mount Street. Renowned for its patisserie, signature chocolates and classic Panettone, this is the place to go for a sweet treat. Guests are spoilt for choice, and if you want to continue the Marchesi experience back in your own kitchen, then don’t forget to pick up one of their unforgettable products – choose from chocolates, spreadables, dragees, preserves and marmalades and jellies.

Getting There: Pasticceria Marchesi is a seven-minute walk from Bond Street tube station.

Stepping into The Connaught feels a little like entering another world. Set apart from the bustle of London, yet immersed in its unique personality, it is a haven of discovery which has been dedicated to fine art and the finer things in life.  The Connaught Patisserie adjoins the five-star hotel and is the prettiest cake parlour, serving the most delectable afternoon teas in the shape of handcrafted cakes, gateaux and an assortment of elegant treats.  Prepare to be dazzled with a host of creations from The Connaught’s master pâtissier who has created some of the most magical French classics like sugar dusted chouquettes.  A special exclusive is the Chocolate Nemesis from The River Café which is hand delivered daily – the first time the cake has been available outside of its home.

Getting There: The Connaught Patisserie is a six-minute walk from Bond Street tube station.

The magic of afternoon tea at Kai is difficult to rival.  The restaurant is an homage to Nanyang culinary heritage that originates from the southern seas of China  and their ‘Chinese Whispers’ afternoon tea is an ode to this wonderful tradition, transporting you to another world where conversation and laughter over afternoon drinks and nibbles is order of the day.   The menu reads like a story book reminiscing on afternoons spent with friends under tropical green foliage.  You can almost hear the ‘click-clack’ of the Mah Jong tiles and the hum of conversation mingling with the sound of songbirds.  Why not try the Truth Potions selection – a of 3 tea ‘truth potions’ with sweet treats including rich chocolate cookies piped with royal icing and the intriguing ‘Who needs money when you’ve got cake!’ a Kaya (coconut jam) money cake with coconut and pandan custard?

Getting There: Kai is a nine-minute walk from Bond Street tube station.

Jean-Georges at the Connaught

A playful twist on the great British afternoon tea experience, Jean-Georges at the Connaught is the place to go when you want to be classically theatrical.  Take in the view of Mount Street whilst you savour signature ingredients and flavours from international chef Jean-Georges Vongerichten and the witty patisserie of Nicolas Rouzaud.  There is a charming, ever-changing seasonal chocolate fondue complete with delightful animal shaped shortbread biscuits or strawberries and a dizziying array of teas to try, along with classic finger sandwiches and sumptuous cakes. The home-made scones – both plain and wholemeal with raisins are served with strawberry jam or lemon curd and Cornish clotted cream (bien sur!) and are simply perfect with a glass of bubbles.

Getting There: Jean-Georges at The Connaught is a six-minute walk from Bond Street tube station.

Hideaway is the creation of Ollie Dabbous, Michelin starred chef and owner of Dabbous.  It’s a modern day treasure with an selection of afternoon treats that are difficult to beat. Get ready for an odyssey of teas – everything from English breakfast to Gyokuro supreme, Tanka cha, Sakura cherry and Marco Polo Rooibos and pair your favourite one with an intriguing sweet treat – the Goji berry cookies, and heather honey madeleines are firm favourites.   There are also a range of delicious rolls and baguettes for anyone who prefers a savoury teatime treat – with  the Hideaway lobster roll with Royal Siberian caviar topping the list when it comes to luxury.

Getting There: Hideaway is an eight-minute walk from Bond Street tube station.