Get the latest offers, news and events before anyone else 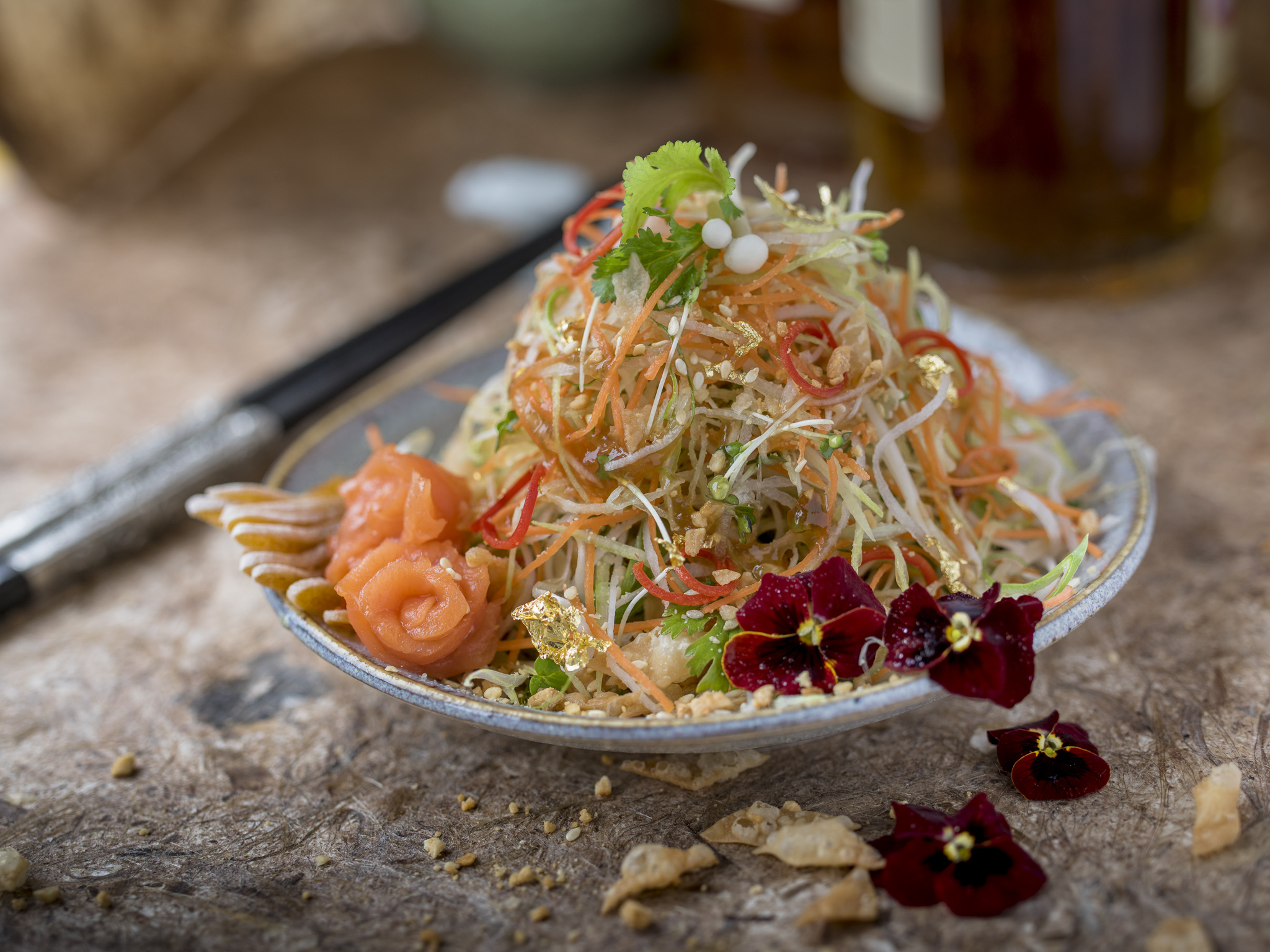 Explore a world of authentic Asian cuisine in the heart of Mayfair; from Kai’s renowned Chinese cuisine to Jamavar’s Indian fine dining, you can cross thousands of miles of culinary experimentation in just a few hundred steps in W1. And if you’re looking for inspiration for your next lunch or dinner? We’ve got you covered with our round-up of our favourite Asian-inspired eateries in central London…

This Michelin-starred restaurant is centred around ‘Liberated Nanyan Cooking’, a culinary style that is both respectful of the heritage of its regional Chinese cooking, but styled around a certain freedom in experimentation, rather than ‘sticking to the way its always been done’. The cuisine revolves around Nanyang’s rich culinary history, tropical climate, and diverse spices, produce and cooking techniques. The result has ensured Kai is favourite with serious taste makers from all around the world.

Getting There: Kai is a nine-minute walk from Bond Street tube station.

Where to go when you want an authentic Indian dining experience? Look no further than Jamavar, which takes you to the heart of fine Indian dining. Named after the intricate and vibrant 16th century shawls of Kashmir, this restaurant is the last word in Indian cuisine; a focal meeting point for the master chefs from the royal kitchens of the north of India to co-create with culinary masterminds from the southern shores, crafting incredibly unique Indian cuisine.

Getting There: Jamavar is a seven-minute walk from Bond Street tube station.

We can’t think of anything better than sharing some robatayaki specialities with friends. For the uninitiated, robatayaki is the cooking method Roka is most famed for, involving placing seafood and vegetables over hot charcoal, and the restaurant has since won accolades and awards for its technique. The seasonal tasting menu is a must, and includes such delights as sea bream fillet, ryotei miso and red onion, and yaki asparagus with sweet soy and sesame.

Getting There: Roka Mayfair is a five-minute walk from Bond Street tube station.

Lucky Cat by Gordon Ramsay is the Michelin-starred chef’s homage to Asian cooking, and it’s the go-to place to try a selection of inspired small plates, Robata grilled dishes, sushi and sashimi – all created in the open kitchen and signature raw bar. Executive Chef Ben Orpwood has designed each dish to be split with friends or family, although with dishes like crispy tofu and avo bao buns on the menu, you may not want to share!

Getting There: Lucky Cat by Gordon Ramsay is a three-minute walk from Bond Street tube station.

The newest addition to Mayfair’s roster of Asian dining (and already winning rave reviews from esteemed critics), Bibi is the brainchild of chef Chet Sharma. With a name meaning ‘the lady of the house’, this contemporary restaurant serves chaat and grills perfect for sharing. Fully embracing the full multicultural span of Indian cuisine, the North Audley Street eatery also draws on the years Sharma has spent cooking and sourcing ingredients for some of the most esteemed Michelin-starred restaurants in the UK.

Getting There: Bibi is a six-minute walk from Bond Street tube station.